Moving Around, Moving On 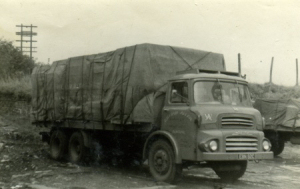 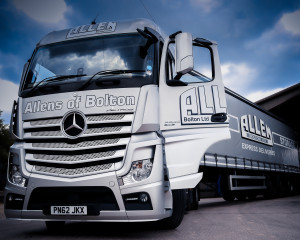 A Bolton haulage business operating from Long Lane, Westhoughton, Bolton is providing work for the fourth generation of the founder’s family, transporting goods made in the Bolton area to destinations near and far. It is a story which has developed over a period spanning nearly eighty years, and one which has seen many changes and developments over the years.

It all began when William Allen (a coal merchant) procured an ex-army Pagefield with solid tyres towards the close of the first world war and used it to transport coal to the local cotton mills. He was based at Astley Bridge at the time. 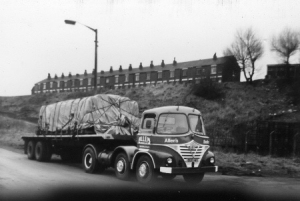 Williams son, Dan, ran the haulage business till 1943. Tom Allen (Dan’s brother) acquiring a fleet of Albion trucks, was responsible for the firm until his death in 1969 leaving his sons Richard and William at the helm. 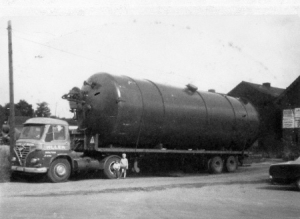 The original premises soon became inadequate for their purposes and so only three years after the firm began it moved from Astley Bridge to Wardle Street, Darcy Lever in 1920 where it remained until 1954. Other moves have been necessary as the firm developed. In 1954 it moved to Cannon Street, Bolton, where it traded for ten years before moving back to Waters Meeting in Astley Bridge in 1965, as more space was necessary with the undertaking of storage facilities and articulated road vehicles.
The most recent move in 1997 was to Long Lane, Westhoughton where the new location is particularly beneficial to the firms as it is located adjacent to the Wingates Industrial Park, and yet still enabling them to continue to serve the Bolton area industries.